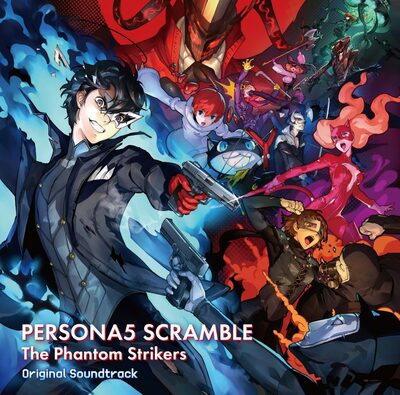 The 46-track soundtrack for Persona 5 Strikers is now available for streaming on Spotify and Amazon Music Unlimited. The music score for the action role-playing game ships on two compact discs from distributors CDJapan and Play-Asia.

Atlus published Persona 5 Strikers on this date one year ago for PlayStation 4, Nintendo Switch, and Windows through Steam. Developed by Koei Tecmo's Omega Force division, the hack-and-slash spin-off takes place during the summer vacation following the events of Persona 5, expanding the series' locales to six separate cities.

Join the Phantom Thieves and strike back against the corruption overtaking cities across Japan. A summer vacation with close friends takes a sudden turn as a distorted reality emerges; reveal the truth and redeem the hearts of those imprisoned at the center of the crisis...