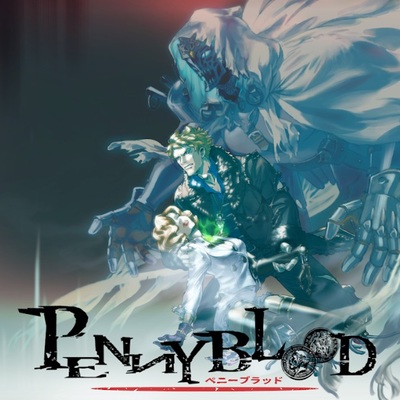 The developers have successfully attained their funding goals through a Double Kickstarter campaign, where backers can support either Penny Blood development, or Wild Arms veterans' Armed Fantasia. Among the backer rewards are vinyl and compact disc soundtracks for both game titles. Stretch goals will benefit both projects.

Penny Blood introduces players to investigator Matthew Farrell as he tracks down dangerous, grotesque creatures in 1920s New York. A macabre, globetrotting adventure, the role-playing game promises to span a wide range of locations, from Japan and China, to the far corners of Europe.

"At the time, NY was becoming the center of the world, and saw a lot of immigrants from places like Ireland," comments co-composer Hirota. "Therefore, I’d like to work in their folk songs and ballads into the game’s atmosphere, as I’m sure it served as an anchor for them. At the same time, I’ll be working in ominous music and electric music/rock from our own time period."

Hirota contributed music to PlayStation 2 role-playing games Shadows Hearts and Shadow Hearts: Covenant. Previously, Kaida has composed music for numerous Capcom titles, including Breath of Fire III for Sony PlayStation, and will be "infusing a heavy dose of jazz into the Roaring Twenties setting."

Embark on a dark investigation through the iconic Roaring Twenties, amassing allies and confronting traumas in a world twisted by cosmic horror, malice and mayhem.

Circumnavigate the globe, from the USA to Europe and Asia, and explore nations either recovering or basking in the wake of one of history’s bloodiest conflicts, oblivious to the turmoil that brews beneath the surface.

Wild Arms and Shadow Hearts creators are teaming up for the first ‘Double Kickstarter’ | VGC https://t.co/FEH3Ye4ofV