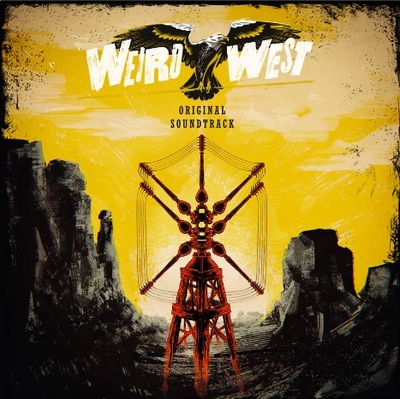 Devolver Digital, in collaboration with Laced Records, has published the Weird West soundtrack on heavyweight vinyl LP, with outer sleeve artwork by Emmanuel Petit. Shipping is estimated for November.

The full-length digital soundtrack can be purchased through Steam and streamed online via YouTube Music, Spotify and Amazon Music Unlimited. Six music tracks by Weird Wolves are available through Bandcamp.

Discover a dark fantasy reimagining of the Wild West where lawmen and gunslingers share the frontier with fantastical creatures. Journey through the story of a group of atypical heroes, written into legend by the decisions you make in an unforgiving land. Each journey is unique and tailored to the actions taken - a series of high stakes adventures where everything counts and the world reacts to the choices you make. Form a posse or venture forth alone into an otherworldly confines of the Weird West and make each legend your own.

Weird West: Dark Fantasy reimagining of the Wild West where lawmen and gunslingers share the frontier with fantastical creatures, each playing with their own rules and their own peculiar motives.