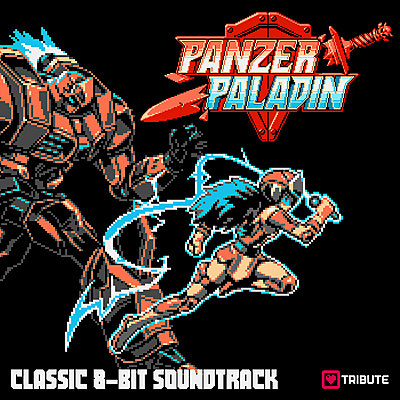 Panzer Paladin is available for Windows through Steam and Nintendo Switch. For more information on the making of the guitar rock and chiptunes hybrid music score, see our soundtrack Q&A with the composer.

Seize weapons from the denizens of the Netherworld and give them a taste of their own medicine! Show them the power of cutting-edge technology fused with masterful swordplay. Slash, bash and thrust your way through a series of mind-blowing levels around the world, all of it rendered in glorious 8-bit graphics! Hop in your Paladin and take up arms!