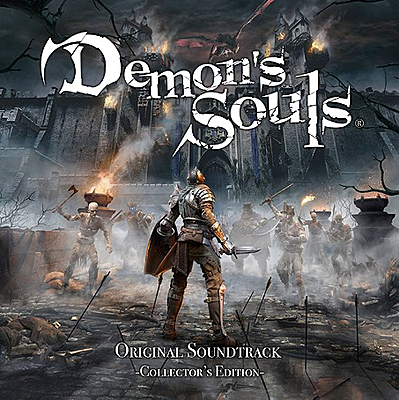 Publisher Milan Records will open preorders for the Demon’s Souls vinyl soundtrack on April 1. A "Firestorm & Plague" variant, pressed to opaque orange marble and dark indigo vinyl, will be exclusive to Channel 3 Records.

Everything was rerecorded at Air Studios in London, with a world-class orchestra and choir. You can even hear the famous pipe organ at Temple Church that adds a haunting backdrop to many of the tracks. 120 of the finest musicians in the world perform on this score.

Music for the game is by composer Shunsuke Kida, arranged by Bill Hemstapat and Jim Fowler. The digital soundtrack is included in the Digital Deluxe Edition, and available for streaming on Apple Music and Spotify, courtesy of Sony Interactive Entertainment.

PlayStation Blog - The Sounds of Boletaria