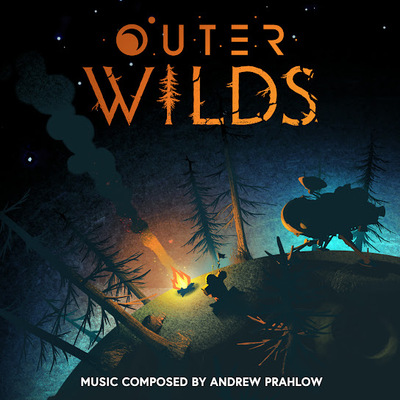 During the Annapurna Interactive Showcase, the game publisher announced a release date of September 15th for the next-gen edition of Outer Wilds by Mobius Digital for Xbox Series X|S and PlayStation 5.

Record label iam8bit published the vinyl soundtrack "Signals From The Outer Wilds" back in 2020. Music for the science fiction action-adventure game by Andrew Prahlow can be previewed on the composer's SoundCloud channel.

In 2021, Prahlow composed the soundtrack to the expansion "Echoes of the Eye" and "Lost Reels" bonus tracks, both streaming on Spotify. The latter includes "Last Dream of Home,” “Lost Signal,” “River’s End Times,” “The Spirit of Water,” “Hearth’s Shadow,” and “Older Than the Universe." The upcoming console release will include the "Echoes of the Eye" downloadable content.

The Outer Wilds digital soundtrack is available through Steam and streaming on YouTube Music, Spotify and Amazon Music Unlimited. Outer Wilds is currently in development for Nintendo Switch and available for Windows through Steam, Xbox One, and PlayStation 4.

Winner of Best Game at the 2020 BAFTA Games Awards and named Game of the Year 2019 by Giant Bomb, Polygon, Eurogamer, and The Guardian, Outer Wilds is a critically-acclaimed and award-winning open world mystery about a solar system trapped in an endless time loop. You're the newest recruit of Outer Wilds Ventures, a fledgling space program searching for answers in a strange, constantly evolving solar system.