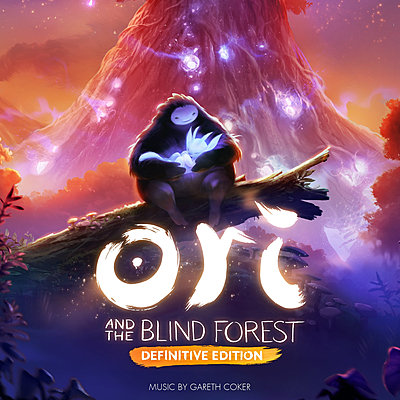 Ori and the Blind Forest Additional Soundtrack by LA-based musician Gareth Coker includes themes from the Definitive Edition of Moon Studio's action-platformer for Xbox One, Windows and Nintendo Switch.

The encore edition to the original soundtrack album is rounded out by previously unpublished trailer themes and prototype demos. The 29-track album is available through Bandcamp, and is streaming online on the composer's YouTube channel.

Bandcamp - Ori and the Blind Forest (Additional Soundtrack)
From the product page:

The forest of Nibel is dying. After a powerful storm sets a series of devastating events in motion, Ori must journey to find courage and confront a dark nemesis to save the forest of Nibel. “Ori and the Blind Forest” tells the tale of a young orphan destined for heroics, through a visually stunning Action-Platformer crafted by Moon Studios. Featuring hand-painted artwork, meticulously animated character performance, a fully orchestrated score and dozens of new features in the Definitive Edition....