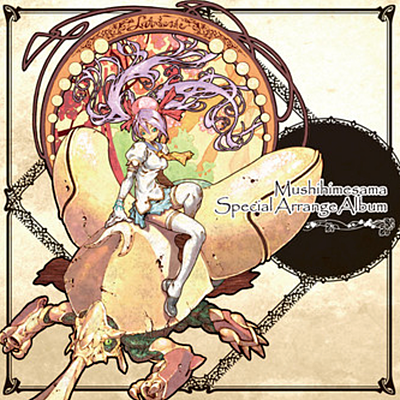 Cave's insect-themed shooter Mushihimesama was a surprise release for the Nintendo Switch console during the week of E3 2021. The shoot-em-up previously received ports for Windows through Steam, as well as for iPhone and iPad devices, under the title "Bug Princess."

Mushihimesama follows princess Reco as she pilots a giant golden beetle in a quest to rid the mythical Hoshifuri village of a deadly pathogen, known as the "Miasma." The title was first released in arcades in 2004 and was ported the following year to the PlayStation 2 console, followed by an Xbox 360 release in 2012.

Composed by Manabu Namiki of DoDonPachi and Masaharu Iwata of Baroque, soundtrack album excerpts are streaming on Japanese distributor Ototoy. The digital soundtrack and an arrangement album are available for purchase separately through Steam. Nintendo Switch ports of Cave shoot-em-ups Espgaluda II and DoDonPachi Resurrection are in the works.

This is the story of a princess who goes to meet the "Koujin" in order to save her family from a mysterious plague. The world is decorated with meticulously drawn graphics, intense perfection, and a beautiful barrage of bullets. Take on five stages, including a lush forest, a blazing desert, and a solemn cave! There are three different game modes and difficulty levels to choose from, including a Novice mode that even novice shooters can enjoy.

Also Espgaluda II and DoDonPachi Resurrection will coming out on Nintendo Switch in 2021
Wait for more bullet-hell https://t.co/Btjul8uC9P