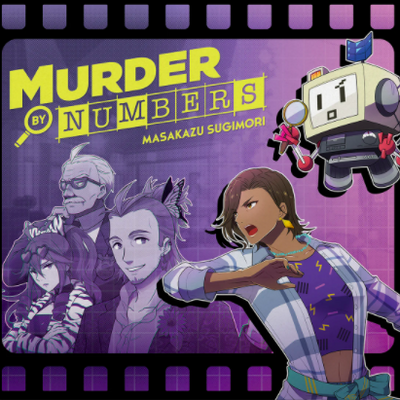 German label Black Screen Records has published the physical release for the soundtrack to puzzle-focused visual novel Murder by Numbers, released in 2020 for PC and Nintendo Switch.

Written by Viewtiful Joe co-composer Masakazu Sugimori, the limited edition soundtrack comes pressed on two vinyl LPs, one purple and one yellow, and collects 30 tracks for a total run time of 72 minutes.

Each set also includes an enamel pin in the shape of SCOUT, the protagonist's amnesiac robot buddy, as well as a free Bandcamp download code for the digital edition of the soundtrack. The digital soundtrack can be purchased separately through Bandcamp and Steam.

Los Angeles, 1996. Honor Mizrahi was just an actress on a hit TV detective show. But when her boss ends up dead just minutes after he fires her,she finds herself starring in her own murder mystery. Teaming up with SCOUT, a reconnaissance robot thrown away after a mysterious incident, she sets out to clear her name - and a new detective duo is born!