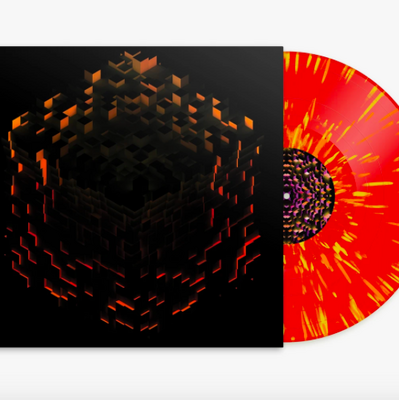 Record label Ghostly of New York has announced plans for additional reprints of the Minecraft Volume Beta vinyl soundtrack by C418. The restock is planned for sale on Friday, November 12th at 11:00 AM Eastern.

Volume Beta features 140 minutes of music by German musician Daniel Rosenfeld. The double LP debuted in August of 2020, sporting a lenticular cover and 3D-rendered image. The digital album is available for purchase through Bandcamp and streaming on Spotify.

Originally self-released in 2013, Minecraft Volume Beta was C418’s longest batch of music to date at nearly 140 minutes. The collection features tracks that were "silently" added to Minecraft during its music updates and a few that never officially entered the game. The run time is now adapted to fit the double LP format, while digital downloads include the full set. Rosenfeld’s unmistakable abilities are on display; he creates a sweeping variety of musical ideas that mirror the limitless universe of Minecraft. Ghostly International is thrilled to give this unique collaboration its due treatment and hopes to see the creative inspiration which drives Minecraft and Rosenfeld continue to disperse by virtue of this unexpectedly universal music.

The next wave of restocks for @C418's Minecraft LPs hits Friday, November 12th at 11AM EST.

Transactions are limited to one copy per order. pic.twitter.com/Uzdi2TmesC