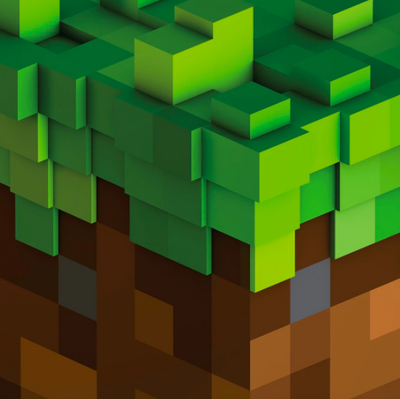 The green and clear color record is planned for sale through the C418 Bandcamp page starting December 2nd at 10:00 AM Eastern, and on Ghostly, two hours later. First published in August of 2015, the analog record is the first of two installments composed by German musician Daniel Rosenfeld.

The twelve-track digital album is available for purchase through Bandcamp and streaming on Spotify. The compact disc edition of followup Minecraft Volume Beta is currently available for shipping on two discs from Black Screen Records in Europe.

Minecraft is a dreamscape, a limitless world where anything is possible. Minecraft is a tool, a means of bringing the imagination to life. Minecraft is a community, a platform on which inventive minds of all ages can share their creations and ideas. Minecraft, of course, is also a game, the most popular and best-selling video game of all time.

Created in 2009 by Swedish programmer Markus "Notch" Persson, this cultural phenomenon speaks volumes of our current zeitgeist's love for virtual spaces, but its unprecedented success couldn't be pinned on one factor alone. Countless layers of thoughtful artistry flow through Minecraft's singular experience, not the least of which is its transportive soundtrack.

Thanks for all the support for @C418's music and your patience with the restock. We will work to get more out there as soon as able given production delays to make sure all fans can get access. Updates to come.