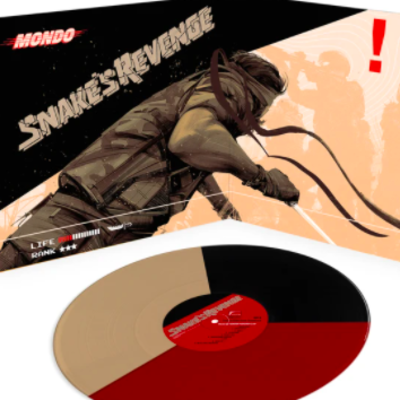 Published for the 8-bit NES in 1990, Snake's Revenge debuted exclusively for the Western market and was produced without the involvement of series designer Hideo Kojima. The direct sequel returns to the standard top-down stealth gameplay of the original, and adds horizontal sidescrolling areas reminiscent of Konami title Rush 'n Attack.

This week, from our friends @Konami, the soundtrack to METAL GEAR 2: SOLID SNAKE, with art by @OliverBarrett, arrives in its US premiere vinyl pressing this week. Plus, a limited pressing of the NES sequel, SNAKE'S REVENGE: https://t.co/Hzydg8Zg7o pic.twitter.com/Fb9WqnPOQf