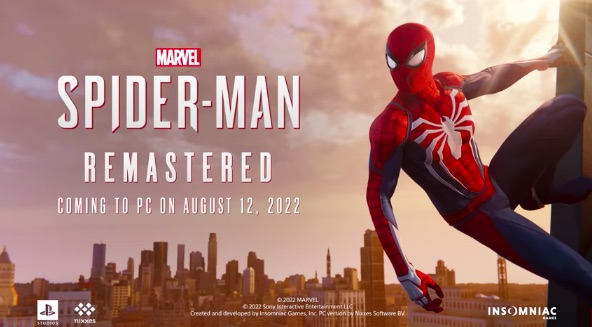 Marvel's Spider-Man Remastered by Insomniac Games is scheduled for release on August 12th for Windows, via Steam and the Epic Games Store. The PlayStation Studios port has been optimized for PC by Nixxes Software.

Music for the adventure game is by Detroit: Become Human co-composer John Paesano. The 27-track digital soundtrack, alongside the "City That Never Sleeps" EP, are streaming on YouTube Music and Spotify. A featurette with Paesano, titled "Composing the Music for Be Greater Trailer," can be viewed on the PlayStation YouTube channel.

Sony Interactive Entertainment, Insomniac Games, and Marvel have teamed up to create an authentic Spider-Man adventure. This isn’t the Spider-Man you’ve met or ever seen before. This is an experienced Peter Parker who’s more masterful at fighting big crime in Marvel's New York. At the same time, he’s struggling to balance his chaotic personal life and career while the fate of millions of New Yorkers rest upon his shoulders.