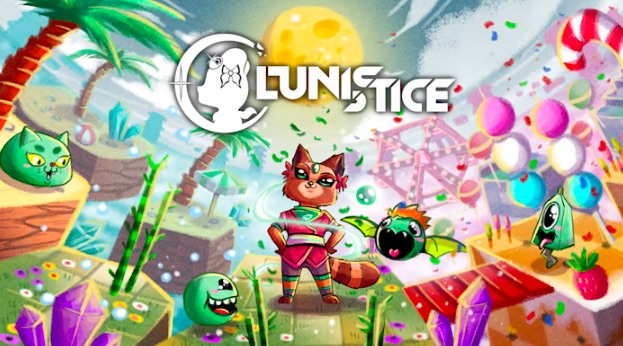 Developed by A Grumpy Fox, Lunistice is a briskly-paced, linear 3D platformer for Nintendo Switch consoles, along with Windows via Steam and GOG.

In Lunistice, players explore different dreamscapes created from the memories of Hana the raccoon dog. Visually reminiscent of polygonal PlayStation 1 and Sega Saturn era titles, the terrains include an old shrine, a fancy water park, and the anthropomorphic tanuki protagonist's final destination: The Moon.

For speedrunners interested in pursuing gameplay challenges, players can attempt to beat their fastest times and get an S-Rank on every stage. The twelve-track, high-energy digital soundtrack album by Knasibas is available for purchase through Bandcamp and Steam, and streaming on Spotify, YouTube, and Amazon Music Unlimited.

Lunistice is a linear 3D platformer that is heavily inspired by the 32-bit era of yesteryear. Follow Hana the Tanuki on her adventure through her dreams! Explore the different dreamscapes to guide her to her final destination - The Moon - and try to uncover the secrets of "The Lunistice" along the way!

Lunistice has been out for two days now and has already got 146 reviews on Steam. Every single one of them positive, which is insane!

If you liked the tunes you can find the soundtrack on my Bandcamp page! 🙌https://t.co/vZZfqBQvzr