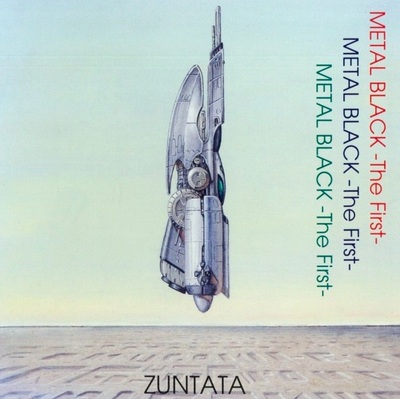 Taito developed the scrolling shoot-em-up for their F1 System hardware in 1991. Initially intended to be the third installment in the Darius franchise, Metal Black pits the pilot of the CF-345 Black Fly space fighter against hostile cybernetic aliens, dubbed the "Nemesis."

Music for the game is by Yasuhisa Watanabe of Zuntata, credited as Yack.. Taito published a twelve-track arrangement album titled "Metal Black: The First" in 1997, currently available for streaming on Amazon Music Unlimited, Spotify, and Apple Music. Game design is by Takatsuna Senba, with sound effects by Katsuhisa Ishikawa.

Publisher City Connection partnered with Taito on the "S-Tribute×TAITO" project, a lineup of Nintendo Switch ports of classic Sega Saturn games by Taito. Layer Section & Galactic Attack S-Tribute debuted in April, while Action Returns S-Tribute is due out on Steam on November 30th

"METAL BLACK" is a shooting game released by TAITO in 1991. Set on a world on the brink of destruction at the hands of interstellar invaders, players take control of the secret fighter BLACK FLY and take the battle to the enemy.

Fight your foes for the energy source NEWALONE, and use it to charge powerful beam weapons to destroy your foes! The "Arcade Archives" series has faithfully reproduced many classic Arcade masterpieces.