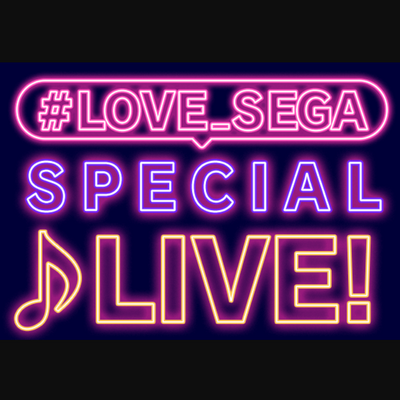 Underscoring the creative alliance between Sega and Atlus, the show begins with a rendition of "Last Surprise" from Persona 5 performed by Senoue, Konishi, Lyn and Oshima. Ohtani showcases electronic arrangements of themes from Sega and Atlus franchises, among them Shin Megami Tensei III: Nocturne, Persona Q and Sonic R, with support from KIKUZO of the Sonic team.

Mitsuyoshi leaps into frame to sing "Love's Not Enough" from the Virtua Fighter anime, also found on the composer's studio album "From Loud 2 Low." The song is followed by "Baka Mitai," written by the musician for the Yakuza series' karaoke segments.

Senoue, Konishi and Oshima conclude the show by performing a medley of music from Sonic the Hedgehog, Sonic Adventure and Sonic Colors. They are joined by Konishi and Lyn on Persona 5 infiltration theme "Life Will Change" and Persona 5 Royal's "I Believe."