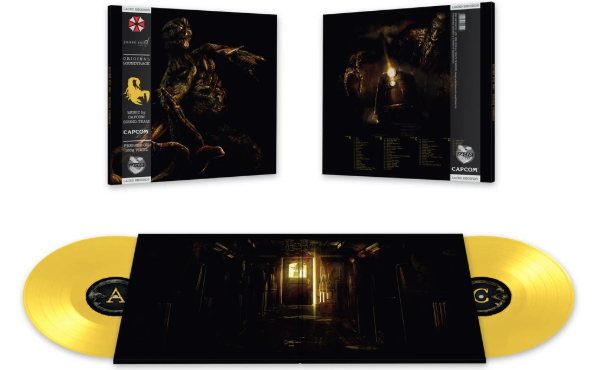 The fifth major installment in the Resident Evil franchise takes place prior to the events of the first game, in which S.T.A.R.S. Bravo team member Rebecca Chambers investigates Umbrella Corporation's laboratory and abandoned training facilities in the Arklay Mountains near Raccoon City.

Laced Records in partnership with Capcom brings us 70 tracks from original 2002 GameCube soundtrack on black audiophile vinyl. We are excited to bring all you fans the double LPs for Resident Evil 0, boasting remastered audio, and original artwork by Boris Moncel. The audio has been remastered specifically for these releases, and will be pressed onto audiophile-quality, 180g heavyweight black vinyl LPs housed in striking gatefold sleeves.