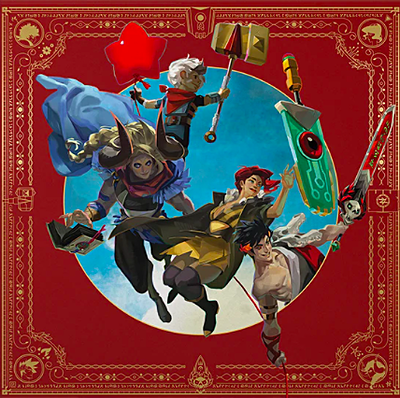 The digital edition of "Songs of Supergiant Games" is available for purchase through Bandcamp and Steam, and streaming on the Apple Music and Spotify platforms.

We traveled from our San Francisco headquarters to the world-famous Studio Two at Abbey Road Studios in London to record the unique orchestral arrangements found on this album. Our composer and audio director Darren Korb carefully supervised every detail of this production, while providing vocals and guitar on the album; longtime collaborator Ashley Barrett also sings for each piece, all to the accompaniment of an orchestra conducted by Austin Wintory.