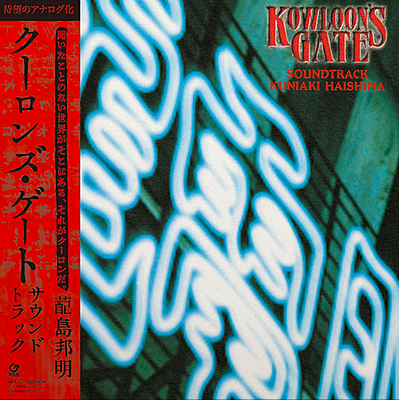 Composed by Kuniaki Haishima, the translucent red vinyl soundtrack for Kowloon's Gate is currently available for shipping from distributor PixelCrib of Melbourne, Australia.

Developed by Zeque in 1997 for the PlayStation console, the adventure game starring a Feng Shui practitioner is set within the Kowloon Walled City during the the transfer of sovereignty over Hong Kong. An unboxing video with the composer for the vinyl release is on YouTube, courtesy of Sony Music Japan. The 15-track digital soundtrack is streaming on Spotify and Amazon Music Unlimited.

Haishima's other game scores include Metroid Other M and Forbidden Siren 2. An independently financed sequel titled "Kowloon’s Rhizome" is currently in development.