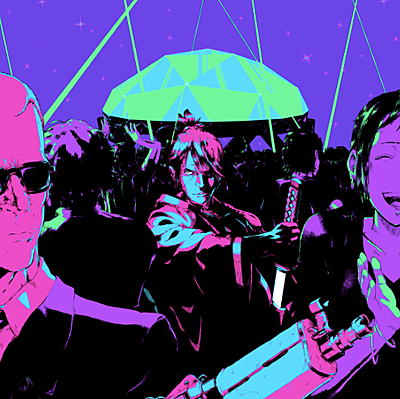 Fangamer's Katana ZERO two-disc vinyl soundtrack is back in stock at the Tucson-based publisher. Wic Recordings' digital soundtrack release is on Bandcamp and streaming on the Apple Music and Spotify platforms.

Music for the 2D action platformer by developer Askiisoft is by Bill Kiley and LudoWic, with additional music by Justin Stander, Tunç Çakır, and DJ Electrohead. UV gloss coated gatefold packaging design for the item is by Dave Zhang.

Published by Devolver Digital, Katana ZERO is available for Nintendo Switch and Xbox One, along with Windows and Mac through Steam. Preorders for the vinyl soundtrack are open at distributor Black Screen Records in Europe.

The Katana ZERO vinyl soundtrack is back in stock!

Pick it up now, along with a new slipmat and enamel pin: https://t.co/m5ZPFMkFRa pic.twitter.com/UAYu3ZvcjF