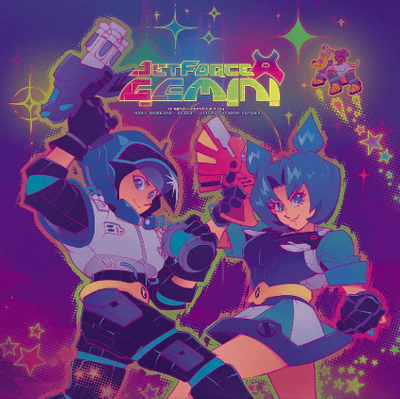 Gemini followed the publication of Banjo-Kazooie, Rare's single-player 3D platformer, also for the N64 console. The third-person science fiction shooter stars a trio of playable Jet Force members tasked with protecting the galaxy from the insectoid warlord Mizar and his minion of Drones.

The soundtrack to Rare's 1999 N64 classic has finally made its way to vinyl, wrapped in brand-new art by Rebecca Ryan and pressed on light and dark blue translucent vinyl.

Fangamer - (OUT OF STOCK)