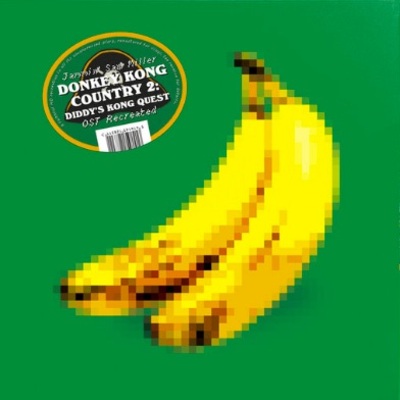 Each note the musician extracted from hex SPC data translated into MIDI files. From there, the vintage instruments he introduced into a modern studio setting, integrating keyboard samples and added effects and mastering. The results are an interpretation of how the 1995 game score for Donkey Kong Country 2 would have sounded if freed from the compression required by the Super Nintendo console's technical limitations.

Musique Pour La Danse's jungle green vinyl release ships on two discs through Mental Grooves Records' Bandcamp page, along with distributors Light in the Attic in Seattle and PixelCrib in Australia. The digital album is streaming on Bandcamp, SoundCloud and YouTube.