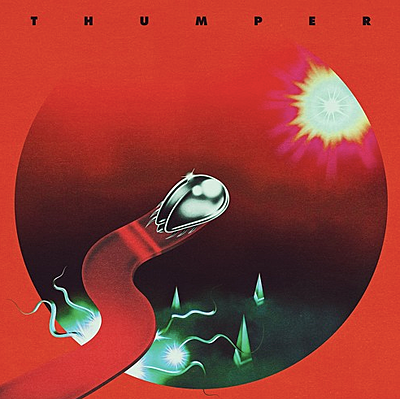 In Thumper you play as a speeding Space Beetle hurtling down an interstellar racetrack while avoiding and careening across obstacles at high velocities. The PlayStation 5 and PlayStation VR2 port is scheduled for release on February 22nd.

Design for the game is by developer Drool, composed of programmer and designer Marc Flury and Brian Gibson, the bassist for the ballistic duo Lightning Bolt. The digital soundtrack is available for purchase through Bandcamp and Steam, as well as streaming on YouTube Music, Spotify and Amazon Music Unlimited. Gibson contributed to development on Amplitude, Guitar Hero, and Rock Band titles.

Thumper previously launched for SteamVR, PlayStation VR and Oculus, alongside PlayStation 4, Xbox One and Nintendo Switch. The Pocket Edition is available for iOS and Android devices.

Thumper is a unique adjunct to the style Lightning Bolt has refined for their latest record, combining a fast-paced frenzy of rhythmic pulses with an electric energy infused with all the suspense and surprise of the band's bewildering live performances. Gibson composed the music for Thumper, which is generative in nature during gameplay, but he has formatted as an album's-length listening experience as well.

Thumper is coming to #PS5 and #PSVR2 with new features.