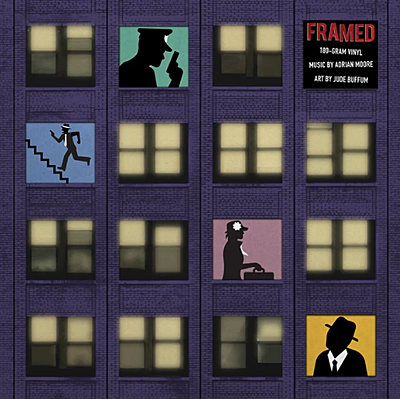 The FRAMED vinyl soundtrack album is expected to ship in late September of 2016. Previews are available through SoundCloud and YouTube, embedded on this page.