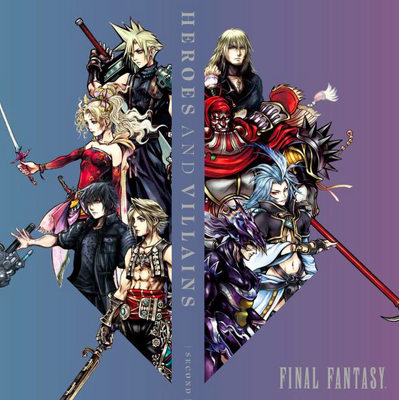 Following in the footsteps of the four-disc NieR Replicant Vinyl Box, Square Enix has opened preorders for a compilation of Final Fantasy series music on vinyl.

"Heroes and Villains" ships as four separate analog records, or as a four-disc box set. The records are estimated to ship from the Square Enix store for North America and Europe around March 28th of 2022. Music from the compilation is streaming on Spotify.

We've put together a collection of beloved music representing some of the @FinalFantasy series' most iconic Heroes and Villains in four vinyl albums, available as a set in a slip case or individually on the Square Enix Store!