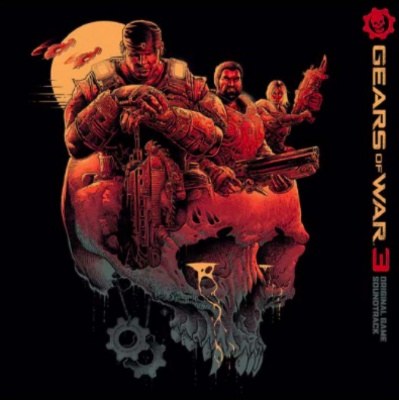 The double vinyl album contains the full 31-track score from the third-person shooter, composed by Steve Jablonsky, specially remastered for vinyl by Joe Caithness. Artwork for the vinyl release is by illustrator Luke Preece. The digital soundtrack is streaming on Spotify.

The Gears of War 3 vinyl soundtrack is estimated to ship from the publisher in March of 2022. Preorders are also open at Black Screen Records in Germany, Light in the Attic in Seattle, and PixelCrib in Australia.

“Gears of War 3” is the spectacular conclusion to one of the most memorable and celebrated sagas in video games. With survivors scattered and civilization in ruins, time is running out for Marcus and his comrades as they fight to save the human race.

Light in the Attic - Gears of War 3 Deluxe Double Vinyl