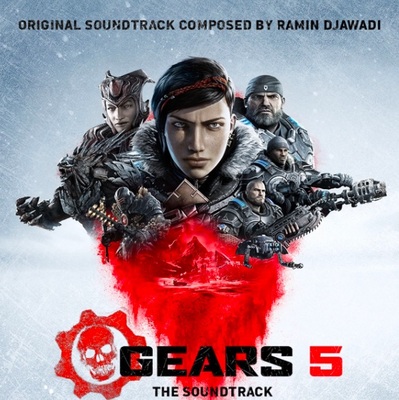 The score for the 2019 third-person shooter was composed and produced by Ramin Djawadi, with additional music by Brandon Campbell and William Marriott. The fifth installment in the Gears of War series is available for Windows through Steam, Xbox One and Series X|S.

Available for streaming on Spotify and Amazon Music Unlimited, the Gears 5 digital soundtrack features 18 music tracks, weighing in at one hour in length. Djawadi and Campbell are currently collaborating on the score for strategy role-playing game The DioField Chronicle.

From one of gaming’s most acclaimed sagas, Gears 5 relaunches with brand new features. With all-out war descending, Kait Diaz breaks away to uncover her connection to the enemy and discovers the true danger to Sera – herself. New campaign features let you take your character and weapon skins into new playthroughs and enjoy bonus difficulties and modifiers.