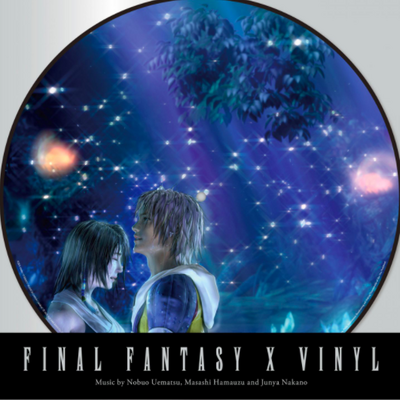 The picture disc analog record set includes 19 music tracks by series composer Nobuo Uematsu, with co-composers Masashi Hamauzu and Junya Nakano, from the PlayStation 2 role-playing game. The item is expected to ship from the Square Enix Store for North America on October 27.

The HD Remaster of Final Fantasy X is available for Windows, Nintendo Switch, Xbox One, PlayStation 4 and PS Vita. The digital soundtrack is streaming on Apple Music. The Final Fantasy VII and Final Fantasy VIII picture discs vinyl are also in stock at the Square Enix Store.

FINAL FANTASY X tells the story of a star blitzball player, Tidus, who journeys with a young and beautiful summoner named Yuna on her quest to save the world of Spira from an endless cycle of destruction wrought by the colossal menace Sin.