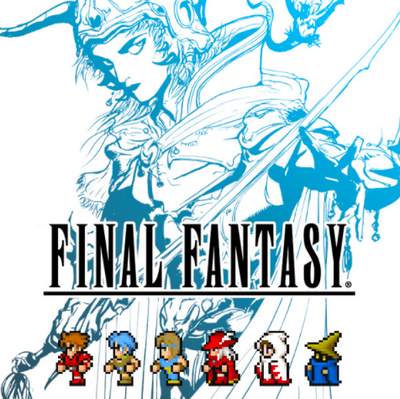 Square Enix published the first installment in the Final Fantasy Pixel Remaster series on July 28 of 2021 for Windows through Steam and smartphone devices. "Pixel Remaster" editions of the first six mainline installments are presented in a sprite-based format reminiscent of the Game Boy Advance ports, while also adopting a widescreen display.

Quality of life features include a fast-forward option, bestiary and music player support, as well as onscreen mini-maps of dungeons and towns. Character sprite art for the remasters is overseen by pixel artist Kazuko Shibuya, while original music compositions are Uematsu.

Square Enix Osaka sound designers handled various themes for the Pixel Remaster edition of Final Fantasy. Yuji Aoyama and Ayumu Murai arranged the battle, victory and fanfare themes, while the latter arranged the theme of Corneria, the bridge building theme, the key item theme, and "The Crystals Restored." Hidenori Miyanaga arranged the Prelude, the town and save data themes, along with "The Lute" and "Game Over" themes.

For over 30 years, the Final Fantasy series has delighted generations of gamers and millions of players worldwide through beloved Role Playing adventures that are built upon the benchmarks of spectacular visuals, highly imaginative worlds rich stories, memorable characters and technical and gameplay innovation leading the industry and earning the highest accolades from around the world. Each mainline game in the series is a completely new experience, and an ideal entry point to the series.