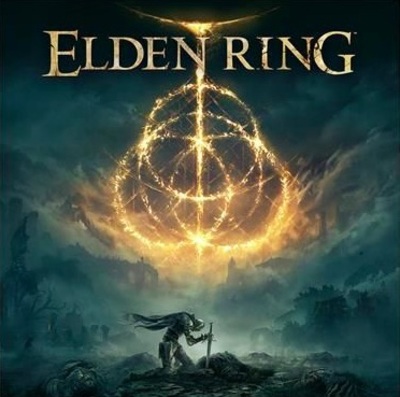 Developed by FromSoftware and produced by Bandai Namco Entertainment, the Elden Ring Deluxe Edition for Windows includes the digital artbook and digital edition of the original soundtrack. The action role-playing game features a fantasy world created by Dark Souls director Hidetaka Miyazaki, in collaboration with George R. R. Martin, author of the fantasy series novel series "A Song of Ice and Fire."

The two-disc standard edition of the Elden Ring vinyl soundtrack contains selected tracks from the score composed by Yuka Kitamura, Tsukasa Saitoh, Shoi Miyazawa, Yoshimi Kudo and Tai Tomisawa. The item is available for shipping from the Bandai Namco stores in Europe and North America.

Elden Ring is available for Windows through Steam, along with PS4 and PlayStation 5, and Xbox One and Series X|S consoles. A trailer for the Vinyl Collection can be viewed on YouTube, courtesy of the publisher.

A vast world where open fields with a variety of situations and huge dungeons with complex and three-dimensional designs are seamlessly connected. As you explore, the joy of discovering unknown and overwhelming threats await you, leading to a high sense of accomplishment.

In addition to customizing the appearance of your character, you can freely combine the weapons, armor, and magic that you equip. You can develop your character according to your play style, such as increasing your muscle strength to become a strong warrior, or mastering magic.

With a single thundering voice, the Budapest Film Orchestra weaves the music of the Lands Between. We hope you enjoy this special behind-the-scenes performance.