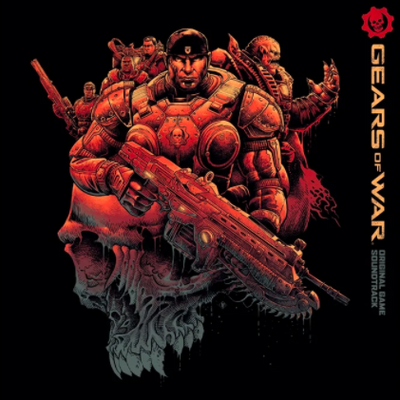 Laced Records of London has opened preorders for composer Kevin Riepl's 2006 score for Gears of War. The soundtrack for the third-person shooter for the Xbox 360 console features performances by the Northwest Sinfonia symphonic orchestra based in Seattle.

The main themes for Epic Games' first installment in the franchise build upon the composer's experience scoring Epic's Unreal Tournament 2003, Unreal Tournament 2004, and Unreal Championship 2. Initially, the musician came on board in February of 2005 to contribute several key tracks and was invited back to score the full soundtrack.

Gears of War served as a showcase for the Unreal Engine 3. In collaboration with lead designer Cliff Bleszinski and audio director Mike Larson, the composer was challenged to design a dramatic sound to match the visual capabilities of the impressive new technology. The results are a melding of orchestral score and gritty electronic instruments.

The Gears of War soundtrack features 31 music tracks specially remastered for vinyl by Joe Caithness, in anticipation of the game series' 15th anniversary. The two heavyweight 180-gram LPs are scheduled to ship from the publisher in March of 2022, decorated with album art by illustrator Luke Preece.

The vinyl soundtrack release also ships from distributors Black Screen Records in Europe and PixelCrib in Australia. The digital soundtrack is streaming on Spotify.