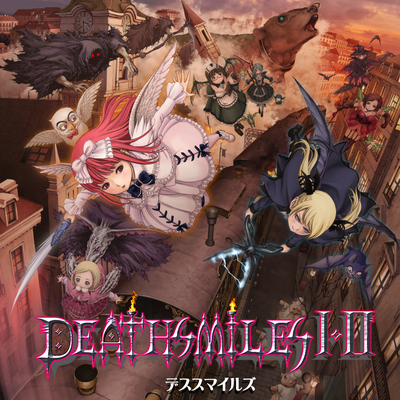 The digital soundtrack for the originating title, written by DoDonPachi series composer Manabu Namiki, is available for purchase through Steam. Lead guitar is performed by Noriyuki Kamikura with mastering by Masaaki Kaneko.

The Deathsmiles I・II Collector's Edition by Strictly Limited for PlayStation 4 and Nintendo Switch ships with the soundtrack album and downloadable content arrangements. Japan's Special Edition for PS4 and Switch ships domestically from Play-Asia. The digital editions of all three console ports arrive by December 30th.

The shoot 'em up of gothic horrors is back. Deathsmiles is a side-scrolling shoot 'em up game set in the alternate world of Gilverado, where girls known as "Angels" take center stage. The game features an exotic world imbued with gothic horror themes, adorable character designs, and intuitive controls that will keep you coming back for more.