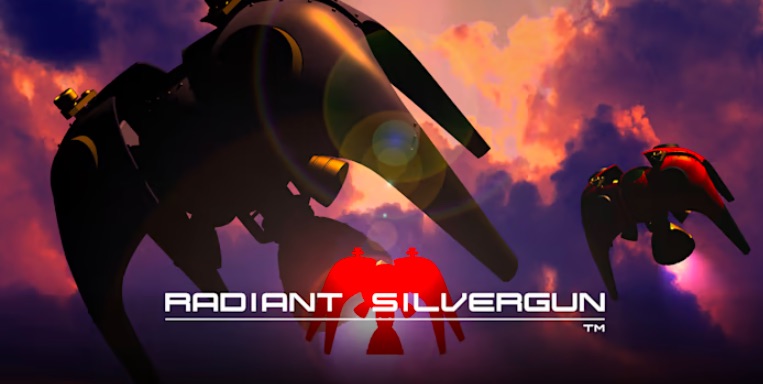 Developer Treasure's Radiant Silvergun launches today, available for Nintendo Switch. The vertical scrolling shoot-em-up was designed by the Ikaruga developer for the ST-V arcade board and later ported to the Sega Saturn console.

In the year 2520, an enormous crystal excavated on Earth summons hostile space vessels to attack the planet. Silvergun pilots stationed on the orbiting Tetra spaceship board their ship to intercept and neutralize the extraterrestrial threat.

Excerpts from the remastered soundtrack, featuring both the original score and Saturn tracks, are streaming on SoundCloud.

Radiant Silvergun, restored by Treasure, is now available! The shoot ‘em up gameplay that made this a legend remains unchanged, but a hidden "Ikaruga-style" shooting mode gives everyone something new. Previously only available in Japan, Radiant Silvergun on Xbox LIVE Arcade also provides leaderboards, co-op play locally or over Xbox LIVE, downloadable replays, and improved visuals making it the version to own.

Take down waves of enemies with a variety of weapons, and give it your all to rack up bonuses for a high score in the arcade classic Radiant Silvergun. Available now on #NintendoSwitch! #NintendoDirecthttps://t.co/x9cf45NH4d pic.twitter.com/QhwBCf8MzW

Voice of Cards: The Beasts of Burden soundtrack debuts