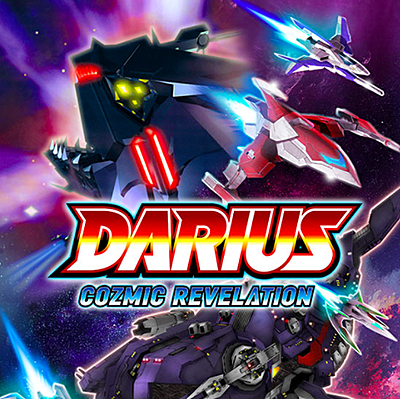 Emulated by the archival specialists at M2, G-Darius HD can be enjoyed in the original resolution displayed in the 1997 build, or with high-definition visuals suited to current generation game hardware. Developed by Pyramid, Dariusburst Another Chronicle EX+ (2011) expands on and remixes the Dariusburst PlayStation Portable title.

The Live in O-EAST Blu-ray captures live music performances from 2006, while the The Onibus III: Kaigou arrangement album features music by Taito composers Hisayoshi Ogura, MASAKI and Shohei Tsuchiya. An eight-minute crossfade trailer, previewing a dozen themes from the compact disc, can be viewed on Strictly Limited Games' YouTube channel.

Experience the music of the Darius Cozmic Revelation, not only when you play the games, but also through THE OMNIBUS III CD, incl. in the SLG Collector’s Edition! 🎵