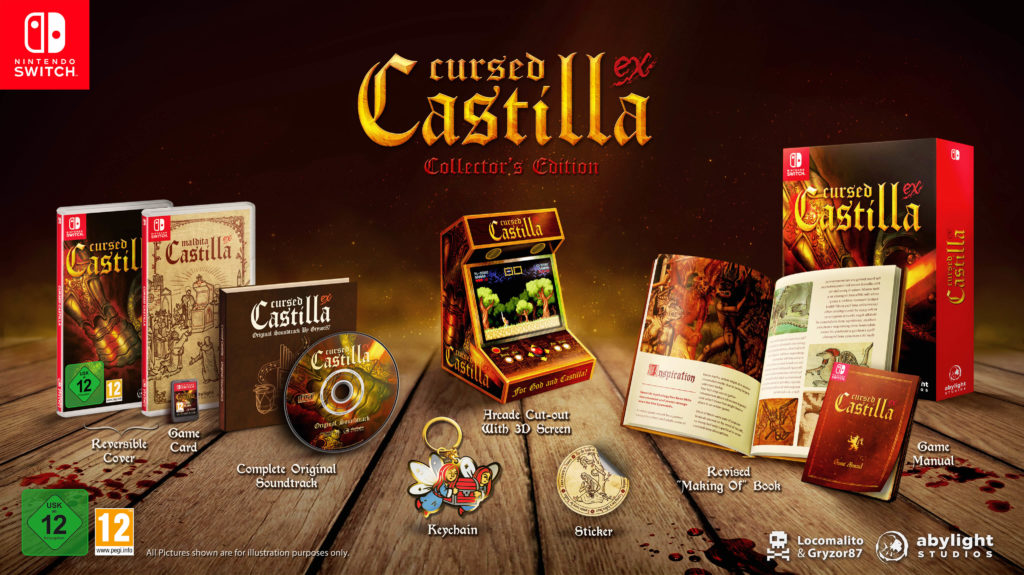 Abylight Games of Barcelona has opened preorders for Cursed Castilla Collector's Edition. The bundle includes a physical copy of the 2D platformer for Nintendo Switch, the CD soundtrack housed in a digipack case, full-color manual, and hardcover making-of document.

Spanish composer Gryzor87 made his music score for the 2012 freeware edition of Maldita Castilla free to download from his website. Composed for Yamaha's YM2203 sound chip, the 39-track FM synthesis score seeks to recreate the feel of vintage arcade games, circa 1985.

Banish the zombies and demons that entered the Kingdom of Castile with Don Ramiro, the loyal King’s Knight, and his friends. For that, you will use a different range of weapons to defeat your enemies through the cursed lands of Tolomera, in a pure classic arcade action style.