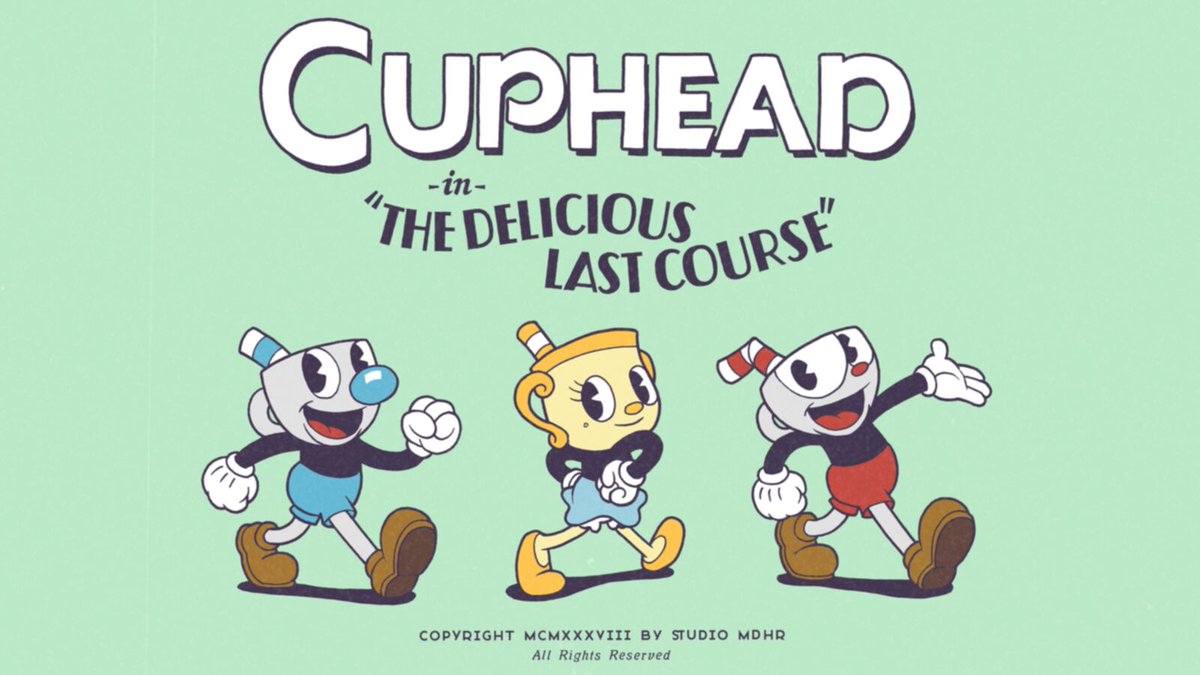 Cuphead downloadable content "The Delicious Last Course" arrives today on Nintendo Switch, Xbox One, PlayStation 4, and Steam. The digital soundtrack is available for purchase through Bandcamp and streaming on Spotify and YouTube Music.

Jazz and big band recordings for the run'n gun by developer Studio MDHR are composed by percussionist and drummer Kristofer Maddigan, with over one hundred musicians performing instruments on the soundtrack. Behind-the-scenes videos of "High-Noon Hoopla" and "Chef Saltbaker" recording sessions for the DLC content can be viewed on YouTube.

In Cuphead in The Delicious Last Course, Cuphead and Mugman are joined by Ms. Chalice for a DLC add-on adventure on a brand new island! With new weapons, new charms, and Ms. Chalice's brand new abilities, take on a new cast of multi-faceted, screen-filling bosses to assist Chef Saltbaker in Cuphead's final challenging quest.

Featuring Ms. Chalice as a brand new playable character with a modified moveset and new abilities. Once acquired, Ms. Chalice is fully playable through the DLC and the original Cuphead adventure

The sounds of the frontier…right in your ear!!

Courtesy of @NintendoAmerica, take an exclusive look at the making of "High-Noon Hoopla", a brand new track from The Delicious Last Course! https://t.co/3rvPXAK2UG pic.twitter.com/sz6VLWrmDC