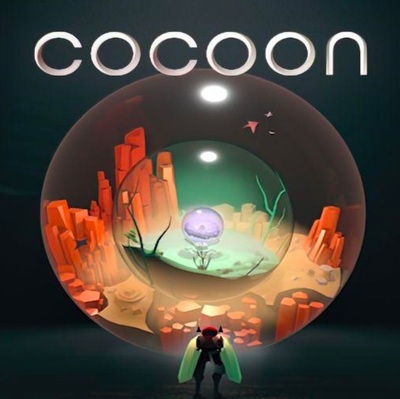 Carlsen served as lead game designer on Playdead's nightmarish puzzle-platformers LIMBO and Inside. In 2013, he published puzzle game 140 through Carlsen Games. The minimalist indie puzzler became 2014's recipient of the Nordic Game Award for Artistic Achievement.

Double Fine Productions brought 140 to consoles in 2016. A ten-track soundtrack album by Schmid is available through the composer's Bandcamp page.


COCOON stars an insectile protagonist braving alien environments with orbs strapped to his back. The player character explores an ancient civilization and learns its history by leaping into these orbs and rearranging their contents to solve intricate puzzles. In order to progress, unique abilities sequestered within each orb must be unlocked so that these crucial skills can be employed.

From Jeppe Carlsen, the lead gameplay designer of LIMBO and INSIDE — COCOON takes you on an adventure across worlds within worlds. Master world-leaping mechanics and solve intricate puzzles to unravel a cosmic mystery.

Very proud to finally show the game I have been working on since 2017 with our amazing team @GeometricInt https://t.co/O6N8iV6XFf