The Centennial Case: A Shijima Story EP bundled with preorders 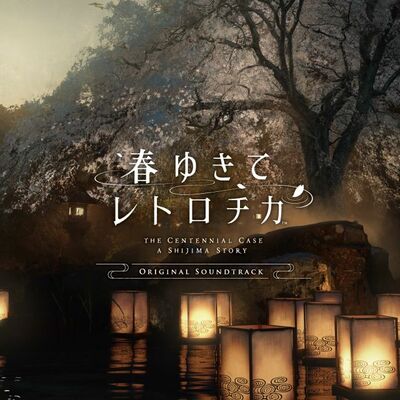 Developed by h.a.n.d. with a story by Nemeton, mystery adventure game The Centennial Case: A Shijima Story is due out on May 12th for Windows through Steam, along with PS4 and PlayStation 5, and Nintendo Switch.

Mystery novelist Haruka Kagami visits the Shijima family to investigate four murder cases, occurring in 1922, 1972 and 2022. The player is challenged to collect clues associated with three time periods and unravel a century-old mystery. The game's live action footage is directed by Koichiro Ito, with Yasuhito Tachibana serving as cinematographer and scenario director.

Preorders on Steam for The Centennial Case are bundled with 12 selected music tracks from the soundtrack, along with a behind-the-scenes bonus video. Estimated shipping from the Square Enix store for North America and Europe for the full soundtrack album on three compact discs is scheduled for May 25th.

Music for the game is produced by Yuki Hayashi and composed by Hayashi, Daiki Okuno, Ryoshi Takagi, Shuichiro Fukuhiro and Shogo Yamashiro. The main theme trailer and two-minute soundtrack crossfade video can be viewed on YouTube. Excerpts of all tracks from the music score are streaming on Ototoy.

The Shijima family have suffered a chain of inexplicable deaths over the past century. When Haruka Kagami, a mystery novelist, visits the Shiijmas, she finds herself taking on four different murder cases - occurring at different points in time. The red camellia and the Fruit of Youth, which invite only death. And the truth behind it all, waiting to be uncovered...

Happy Launch day to The Centennial Case: A Shijima Story! This large volume 3-disc set contains all the music used in the game's memorable scenes.

You can pre-order now on the Square Enix Store! https://t.co/Bp70XKbaCe pic.twitter.com/Lz7DkHzTYy