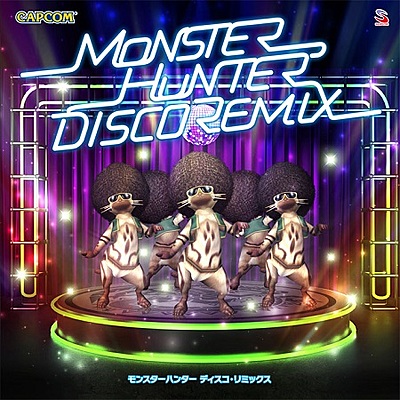 An exercise in experimentation and contrast, the dramatic themes of the open-world action and exploration game are reinterpreted in the style of a 1970's urban nightlife setting on Monster Hunter Disco Remix. Western artists utilize their familiarity with American and European popular music to weigh in with surprising reinterpretations of the series' established orchestral compositions by Japanese composers Masato Kouda and Yuko Komiyama.

Underscoring the thematic levity of the compilation, the album concludes with the humorously titled "Monster Hunter Disco Hyper Mix Medley." Excerpts from each track are streaming on SoundCloud, courtesy of the publisher.