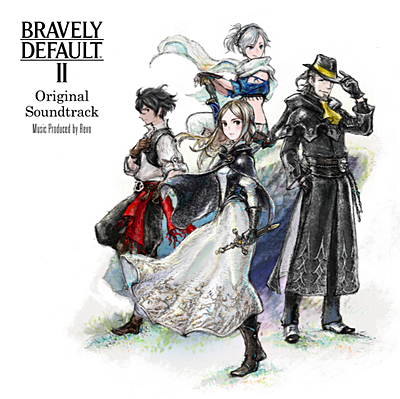 Developed by Claytechworks, Square Enix's sequel to Nintendo 3DS title Bravely Default is available for Nintendo Switch and due out for Windows on Steam on September 3.

Both editions of the soundtrack album ship from CDJapan. A bonus fourth disc included in the limited edition release includes alternative arrangements that appear in-game based on different weather patterns and changes of scenery.

Take a trip to the scenic continent of Excillant. The latest Bravely Default II Final Demo is here to give you a taste of the vivid art, strategic battle system, and memorable music of the game's first main chapter. This demo begins with the game's four main characters, the Heroes of Light, already on their journey, and with numerous Jobs and Abilities at their disposal!