Bound soundtrack by Heinali pressed to vinyl by iam8bit 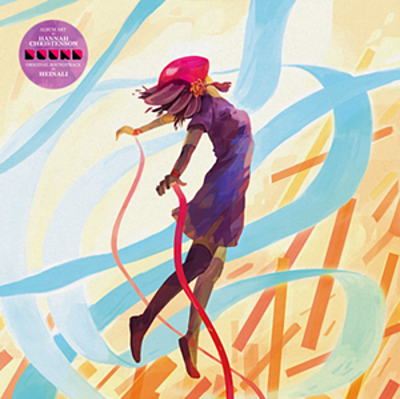 Los Angeles-based publisher iam8bit has pressed the Bound soundtrack to vinyl, decorated with cover art by illustrator Hannah Christenson. The analog record is available for shipping from iam8bit Asia.

The VR platformer published by Sony Interactive Entertainment for the PlayStation 4 is developed by Santa Monica Studio in collaboration with Plastic, a demoscene group founded in 1997 in Łódź, Poland.

Sony has uploaded the music video for "Heinali: The Ocean That I Found," featuring vocalist Judy Leuven, previewing the 22-track digital soundtrack. Music is composed by Heinali (Oleg Shpudeiko) of Kiev, Ukraine. Excerpts are streaming on SoundCloud.

To say Heinali’s score for Bound is of a traditional composure would be an understatement. Utilizing both classic acoustics and electronic synthesizers, a truly ethereal atmosphere is imagined through sound - from uplifting swells to pulse driven beats - complementing the wild, stream of consciousness visuals at play in the game.