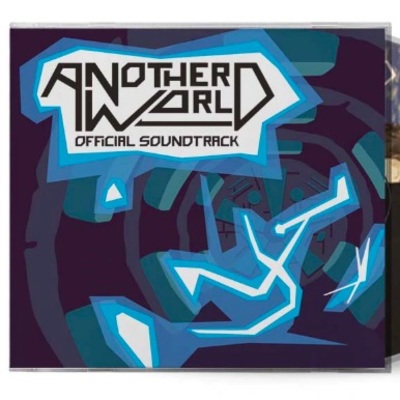 Publisher Black Screen Records of Cologne, Germany has published the limited edition Another World soundtrack reprint on vinyl and compact disc. Known as “Out Of This World” in the United States, the cinematic platforming adventure game was designed by Éric Chahi.

Published in commemoration of the 25th anniversary of the game's release, the music release was created in collaboration with Another World - 20th Anniversary Edition developer The Digital Lounge. Artwork is by Chahi and Dane Baudoin.

The soundtrack includes select tracks by French composer Jean-François Freitas from the Amiga game, the Windows 2004 edition, and the 20th Anniversary Edition. Remastering for vinyl is by Christian Bethge at RAMA Tonstudio.

Shipping for the translucent green vinyl is scheduled for January. Microids' compilation, bundling Another World - 20th Anniversary Edition and Flashback, is available for PlayStation 4, Xbox One and Nintendo Switch.

Originally developed for Amiga in 1991 and released on multiple platforms over the years, Another World (aka “Out Of This World“ in the US) has become a major reference for gamers everywhere. More than 20 years later, Eric Chahi's cult title has not aged a bit, as prove its rich gameplay, its immersive environment and its unrivaled art direction. In 2012, Another World made its debut in the prestigious MoMA in New York, among the first 14 games selected by the museum for having made gaming history. ​