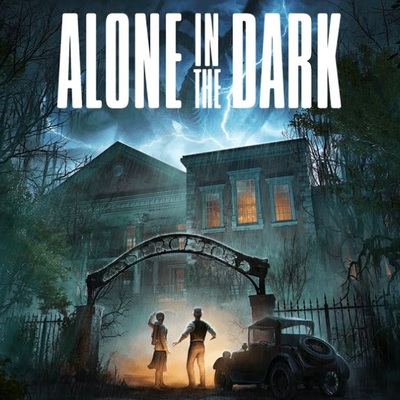 A creation of French developer Infogrames, the Alone in the Dark series launched in 1992, catalyzing the rise of the survival horror genre with a half dozen further installments.

Swedish studio Pieces Interactive and publisher THQ Nordic have begun development on a contemporary reimagining of the first game's setting, announced via a 90-second reveal trailer. Rich with horrific imagery, the Alone in the Dark reboot seeks to recapture its roots through over-the-shoulder combat and classic puzzle-solving.

An entirely original story, the reboot will harken back to characters and locations previously encountered in the original trilogy of games. With the ability to play as either mainstays Edward Carnby or Emily Hartwood, the game seeks to recapture the spirit of what made the preceding installments so memorable.

Handling the music score is Jason Köhnen of doom metal band Celestial Season. In the trailer, the score swings from an unsettling vocal performance of "House of the Rising Sun" by The Animals to big band New Orleans jazz, melding local styles associated with the American South of the 1920s with Lovecraftian overtones hinted at in the preview. Horror writer Mikael Hedberg of Amnesia: The Dark Descent described the genre of the dark ambient soundscape to NME as "doom jazz."

THQ Nordic will published Alone in the Dark for Windows through Steam, PlayStation 5, and Xbox Series X|S. A release window has not yet been specified.

Return to Derceto Manor in this reimagination of Alone in the Dark, a love letter to the 90’s cult classic horror game.

Deep in the 1920’s south, Emily Hartwood’s uncle has gone missing. Together with private investigator Edward Carnby, she embarks on a journey to Derceto Manor to uncover the secrets of this mysterious place and the circumstances of her relative’s vanishing.

Encounter strange residents, nightmarish realms, dangerous monsters and ultimately unveil a plot of rising evil. At the intersection of reality, mystery, and insanity, an adventure waits that will challenge your core beliefs. Who can you trust, what will you believe, and what will you do next?

NME - The ‘Alone In The Dark’ reboot

Alone in the Dark features familiar faces and places from the original '90s trilogy, but a completely original story and terrifying new monsters.