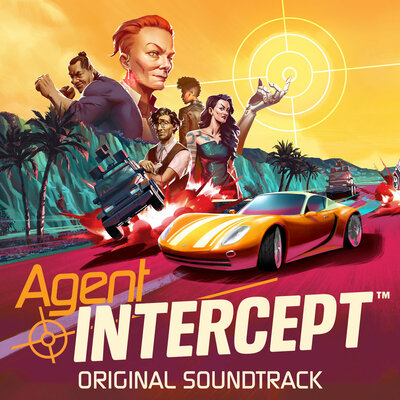 In Intercept, players are tasked with taking down the agents of a marauding criminal organization, dubbed "CLAW." Intercepting the antagonists is where the Agency’s high-tech transforming spy vehicle comes in. Navigate the Sceptre from a cinematic behind-the-bumper perspective, as the morphing roadster hurtles through exotic locales in hot pursuit of enemy spies.


The work of PikPok’s internal audio team, led by Jayde Marter, Jason Erskine, Broghan Blackshaw and Tim Donnan, the 27-track high-energy score for for Agent Intercept clocks in at over two hours in length. The deluxe edition digital soundtrack is available for purchase through Steam. Taking stylistic cues from beloved spy genre conventions, the soundtrack is also available for streaming on Spotify and Amazon Music Unlimited.

Agent Intercept launched for both Windows and Mac, along with the Apple Arcade platform in mid-2021. The vehicular combat title is now available for Nintendo Switch, Xbox One and Series X|S, along with PS4 and PlayStation 5 consoles. A half-hour, ten-track standard edition of the Apple Arcade soundtrack can be purchased through Bandcamp.

The world needs you, Agent! Take control of the Sceptre, the Agency’s latest high-tech transforming vehicle, and face off against the criminal organization CLAW in this explosive arcade driving game.

Dodge enemy fire, mines and lasers as you perform over-the-top stunts and use the Sceptre’s high-tech gadgetry to blow up your enemies. Feel like a superspy as you transform the Sceptre from car to plane and more, immersed in exotic locations and an original high-energy soundtrack! With a new threat around every corner, it’ll take all you’ve got to defeat CLAW.

🕵📢 #AgentIntercept is out now on consoles!

Put the pedal to the metal in this over-the-top arcade action game! Drive a transforming spy vehicle through exotic locales, perform ridiculous stunts, and blow things up to save the world — in style!😎