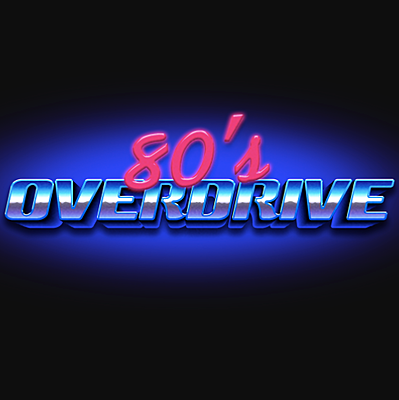 Developer Insane Code's 80’s Overdrive features synthwave music by three duos. The contributors are Chris and Anthony Greninger of the band Wolf and Raven, Lukasz Szalankiewicz and Patryk Gegniewicz of ANGST78, and Brent Dove and Dani Peterson of VECTORWOLF.

Wolf and Raven's four image albums are available through Bandcamp and embedded on the band's website. "Lair of the Dragon" is described as an Eastern-influenced metal ballad set in a distant galaxy, where samurai and cyborgs do battle in a dystopian metropolis against a totalitarian artificial intelligence system.

The band's synthwave covers of OutRun, Street Fighter II and Space Harrier are streaming on SoundCloud.

80's OVERDRIVE is a 2D pixelart racing game, designed to take you back in time to when 8 and 16 bit consoles and arcade games ruled the world. Compete against opponents in career mode to unlock new races, buy new cars and upgrade them with state-of-the-art technologies! Try your skill in time attack mode and see how far you can get in this race against the clock! Create your own tracks with built-in track generator and easily share them with your friends

Which version do you prefer?

Check out also this: https://t.co/iAZR3FfK9P #Nindies