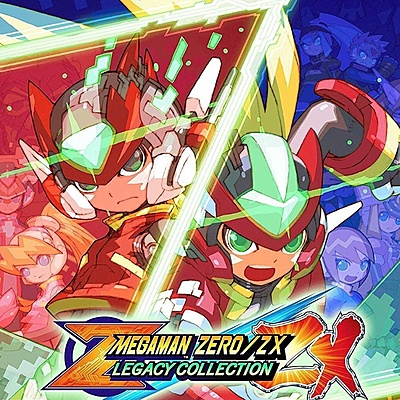 Mega Man Zero debuted for the Game Boy Advance handheld in April of 2002 in Japan, co-produced by Keiji Inafune and director Yoshinori Kawano. A century after the events of Mega Man X, Zero is taken out of suspended animation by a human scientist. Finding him in the midst of a dire energy crisis in Neo Arcadia, Zero is tasked with defending the remaining Reploid survivors of the the Maverick War.

Mega Man Zero/ZX Legacy Collection brings together six classic titles in one game: Mega Man Zero 1, 2, 3, and 4, as well as Mega Man ZX and ZX Advent. In addition to the original games, Casual Scenario Mode and a Save-Assist feature are available for those who would like to enjoy the story at their own pace. Players can also try their hand at the new leaderboard-based Z Chaser Mode, an exclusive new mode created just for this set of games.

20 years ago, Mega Man Zero released in the US, finding Zero awakened in a new dystopian future as he enlists into a resistance force to fight for innocent Reploids everywhere. pic.twitter.com/FI6wVmYWMy