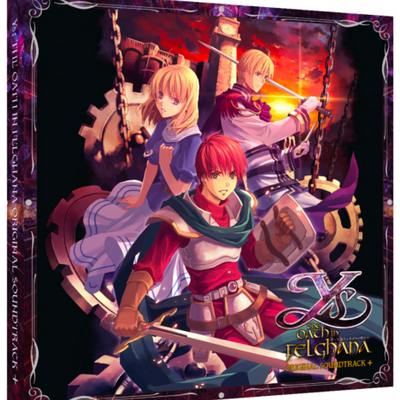 The top-down action role-playing game was developed by Nihon Falcom in 2005 for Windows and was later ported to the PlayStation Portable console. A remake of Ys III: Wanderers from Ys, the soundtrack is composed and arranged by the Falcom Sound Team.

Both The Oath In Felghana and Wanderers from Ys scores are represented in the physical publication. A forty-minute preview video can be viewed on the Wayô Records YouTube channel.