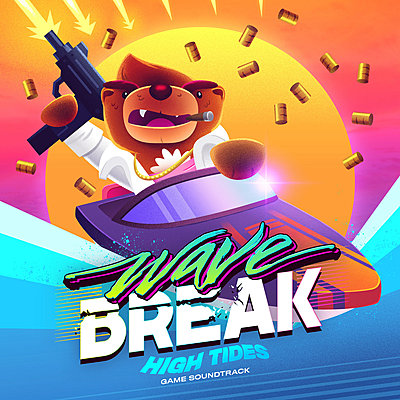 Funktronic Labs' skateboating game Wave Break is available for Stadia and is coming to Nintendo Switch, and Windows operating systems via Steam, in late spring.

The 1980's Miami Vice-inspired visual aesthetic of the online multiplayer title is complemented by the synthwave soundtrack. Music from Wave Break can be previewed on the NWR Records YouTube channel.

Wave Break's High Tides and Neon Rides EPs can be purchased through NewRetroWave's Bandcamp as digital albums. Vinyl physical releases, limited to two hundred copies, are available for shipping through the same webpage.


Trick out your ride and get new threads too via unlocked skills and items that’ll have you shredding Wave Break in style. From tropical beaches to frozen tundras, experience skate parks in a brand new way with a dynamic and high-tech physically-based fluid simulation.

Vibe out to Wave Break’s fresh synthwave soundtrack produced by Crush Music, which will evolve and update periodically with new pack-sized EP drops, pop-up radio shows, and other creative integrations.

Had a lot of fun making this new track for @WaveBreakGame 👊✨

I went for some old-school kalax sounds. 😎🎷

The Legend of Dragoon soundtrack album streaming on Spotify