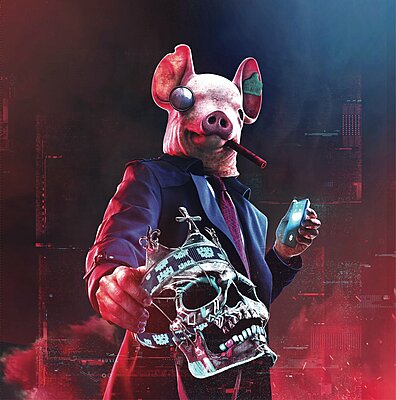 Developed by Ubisoft's Toronto studio and set in London, Legion is the third entry in the publisher's Watch Dogs franchise, built on story-driven driving, stealth, and hacking missions. This time, players are able to recruit and take on the perspective of a wide variety of non-playable characters to progress through the story.

The three-disc vinyl soundtrack is scheduled to ship from Laced in August. Recorded at Abbey Road Studios and AIR Studios, music for the game is by Stephen Barton, with Stormzy and Baby Knoxx. The digital soundtrack is streaming on Apple Music and Amazon Music, and can be previewed on Ubisoft Music's YouTube channel.

Watch Dogs: Legion is available for Windows through the Epic Store, PlayStation 4 and 5, Google Stadia, and Xbox One and Series X|S.