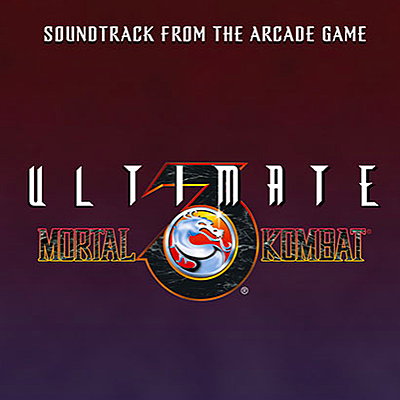 The remastered the soundtrack from the 1995 arcade game, composed by Dan Forden, is available for streaming on YouTube Music, Spotify and Amazon Music Unlimited. The digital soundtrack published through WaterTower Music includes remastered editions of the music tracks "The Roof," "The Bank," "The Street," "The Subway," "The Grave Yard" and "The Soul Chamber."

Re-live this arcade classic with the first three installments of the Mortal Kombat franchise. Power through on-on-one combat with special multi-button attacks and moves unique to each character, including the famous fatality. In this bundle die-hard Mortal Kombat fans can move on to the third installment which introduces network play, where they can challenge other die-hard friends to see who is truly the king of kombat.

Enjoy the Ride Records - (OUT OF STOCK)

On Sale Friday at Noon ET at https://t.co/KZZge31tJV: Ultimate Mortal Kombat 3 (on vinyl for the first time) and Mortal Kombat I & II - Music From The Arcade Games (repress). Composed by Dan Forden pic.twitter.com/NFtHG2QKbr